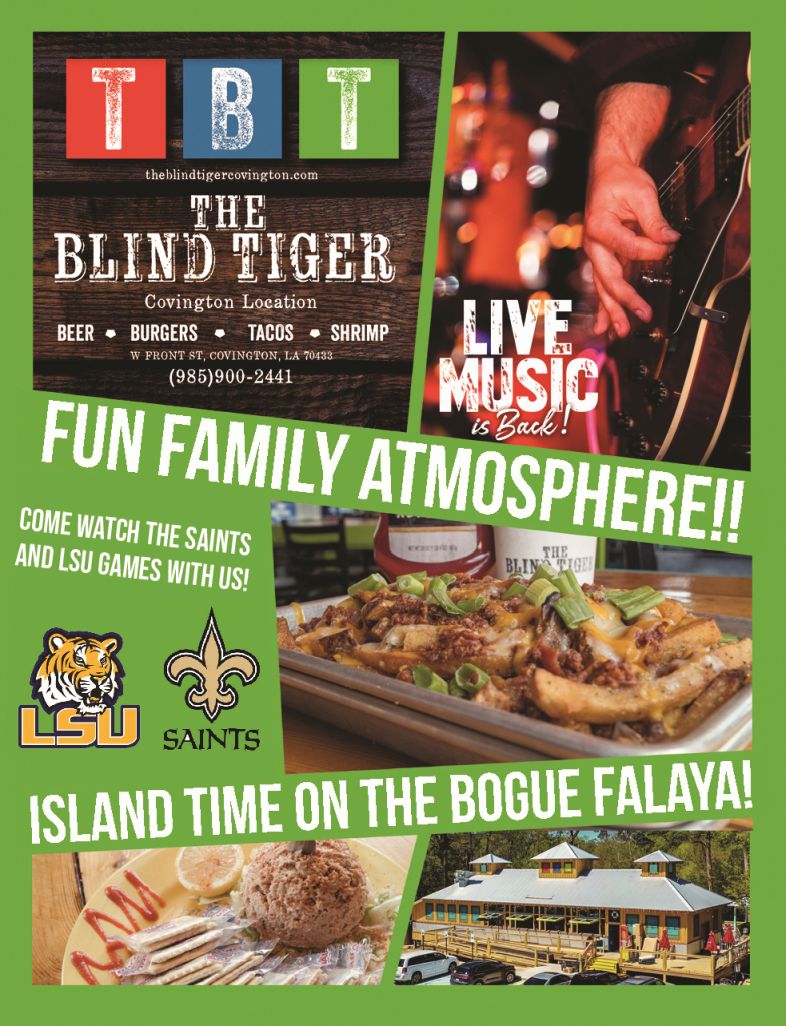 After TBT Slidell was underway, a friend recommended that Thomas consider a chilled out site on the backside of Bogue Falaya Creek on the Lake Pontchartrain Northshore. Thomas checked it out and soon the 4th TBT location was underway in Covington. It opened in March of 2019 and, lacking the onshore breeze of the other open water locations, it became the first climate controlled location with full ac in both rooms and a fireplace on the back deck.

The owner of The Blind Tiger, Thomas Genin, studied under Emeril Lagasse and has conceived, built and operated and host of different restaurant concept. His first establishment was Tigres in Pass Christian, MS. Tigres was a Coast favorite offering fine dining until it was destroyed by Hurricane Katrina in August of 2005.

Thomas loves to travel the Bahamas and Caribbean. He liked the casual bars, the open air, laid back feel, and the good food he found in little out-of-the-way places there. So, he conceived a restaurant where you could have the same type of experience without the travel time and expense of actually going to the islands. He and a partner built three locations before he sold his share and set out once again on his culinary journey.

This led to experimentation with a series of restaurant concepts including The Blind Tiger, RAW, Whiskey Prime, AJAX, Mother Cluckers, the TBT Boil Room and most recently The Shrimp Factory which with the original Blind Tiger he still operates today.

The original Blind Tiger location was so successful that it led Thomas to quickly expand to three more locations in Biloxi, Slidell, LA, and Covington, LA, as well as a scaled down version in Madisonville branded Marina Cantina.